A Skyline that Paints a Meaningful Sunset

What do you see in the sky?

I was captivated by the skyline while driving away from the southern city of Johor Bahru at about 6:48pm on the 24th of September 2017. The clouds were in a rippling formation, like the wind had dispersed a large cloud into a wave in the sky. It was like an ocean in the sky, beautiful and you might say, breezy.

Because we were traveling in the car and the road was smooth without much traffic, the shots had to be captured at random intervals and in quick succession in hopes to nail the perfect shot. 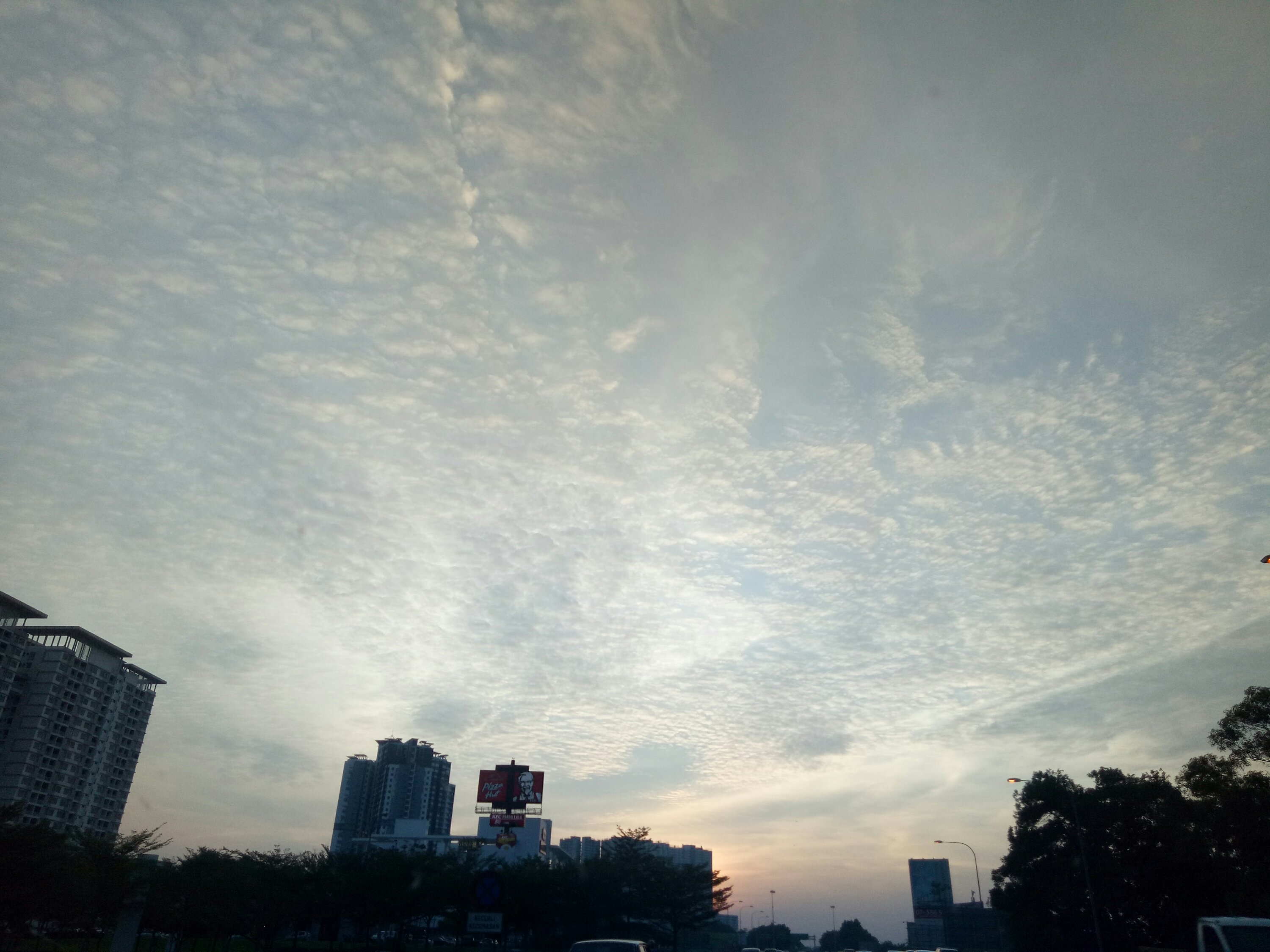 My wife was on the wheel and I had the window down, trigger happy. I only knew I had to snap them away and as many as I could to raise the probability of having a shot that could do justice to what we see with our eyes. At close to 7pm, this sunset was looking meaningful. 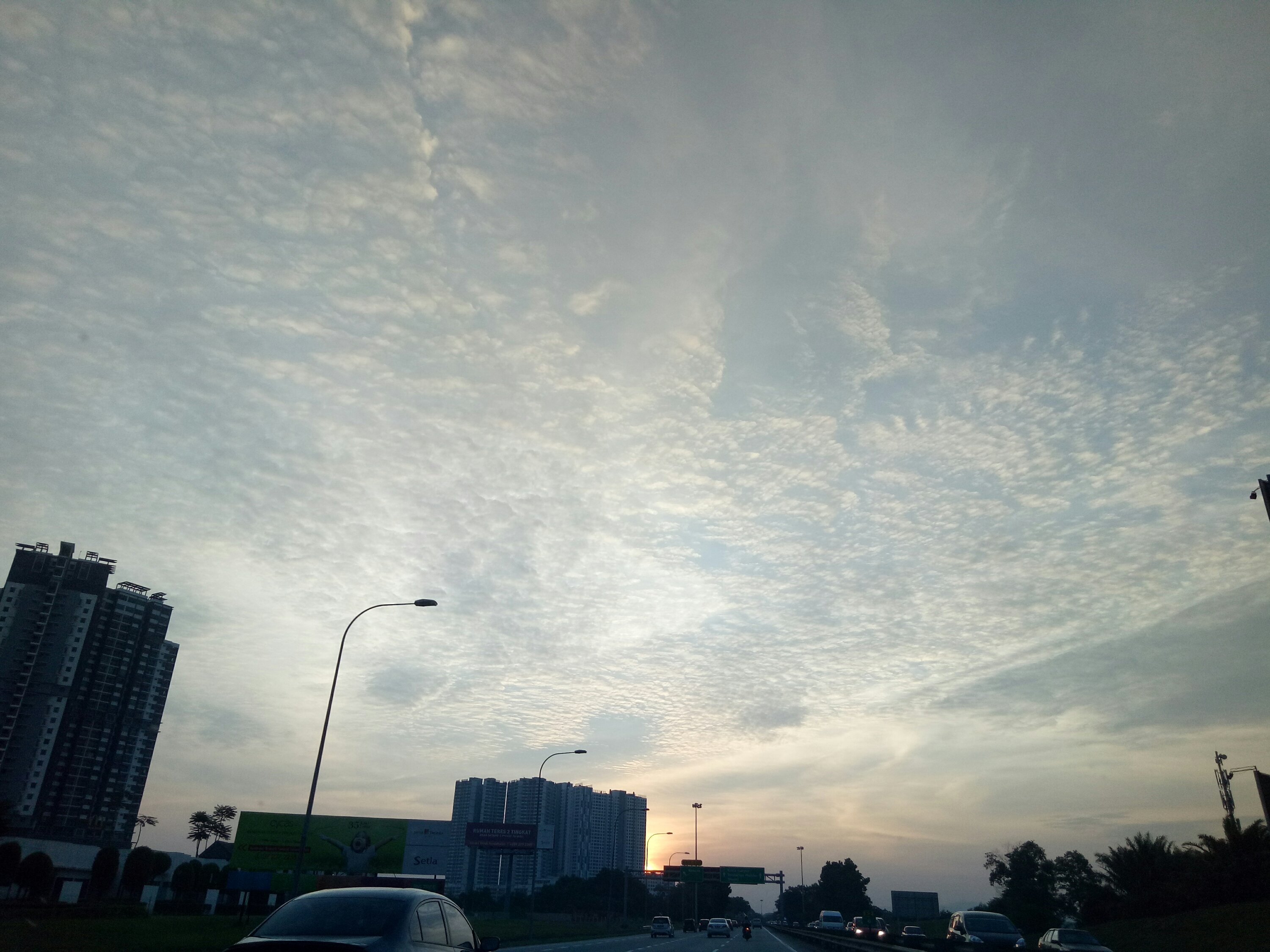 This drive back to Kuala Lumpur will take about 3.5 to 4 hours. With our daughter at the back resting, she will be needing much of the 40 winks in the car to compensate for the lack of rest when at home. Yes, it was school night and the morning begins at the break of dawn.

This break of dawn may spell out to be quite a new episode and a new era. It may be like what the skyline painted, just impressive from the onset but will pan out quite differently when we see on the screen collectively.

Life could really be as beautiful as an original tune sung by her original singer.

The dramatic skyline may be a way for us to remember that life could be as majestic and beautiful too. Just like how they are presented here, unfiltered, authentic, real and unpretentious. Life could really be as beautiful as an original tune sung by her original singer.

Nearing the toll gate, we’ll pass the final township and we’re getting a clearer shot of the sky and even a glimpse of the setting sun. Unknown to many and even us, it was as if the sky was talking to us, telling us something. But what’s the big deal with this skyline? We’ve just departed from a funeral of a close relative, a stalwart of sorts if you may.

Like the pole in the picture above providing support to the lamps and its gadgetry, this brother-in-law of mine, the eldest in my wife’s family, who had just passed had been instrumental in the livelihood of my wife’s family. He had brought not only his blessings to my eldest sister-in-law when they got married but also much comfort and joy to everyone at home. He was the first of a few more brother-in-laws to come but this man is difficult to forget, not just because he was the first but also one who had earned the respect of everyone for his generosity and a man who knew where he stood in the company of the elders. 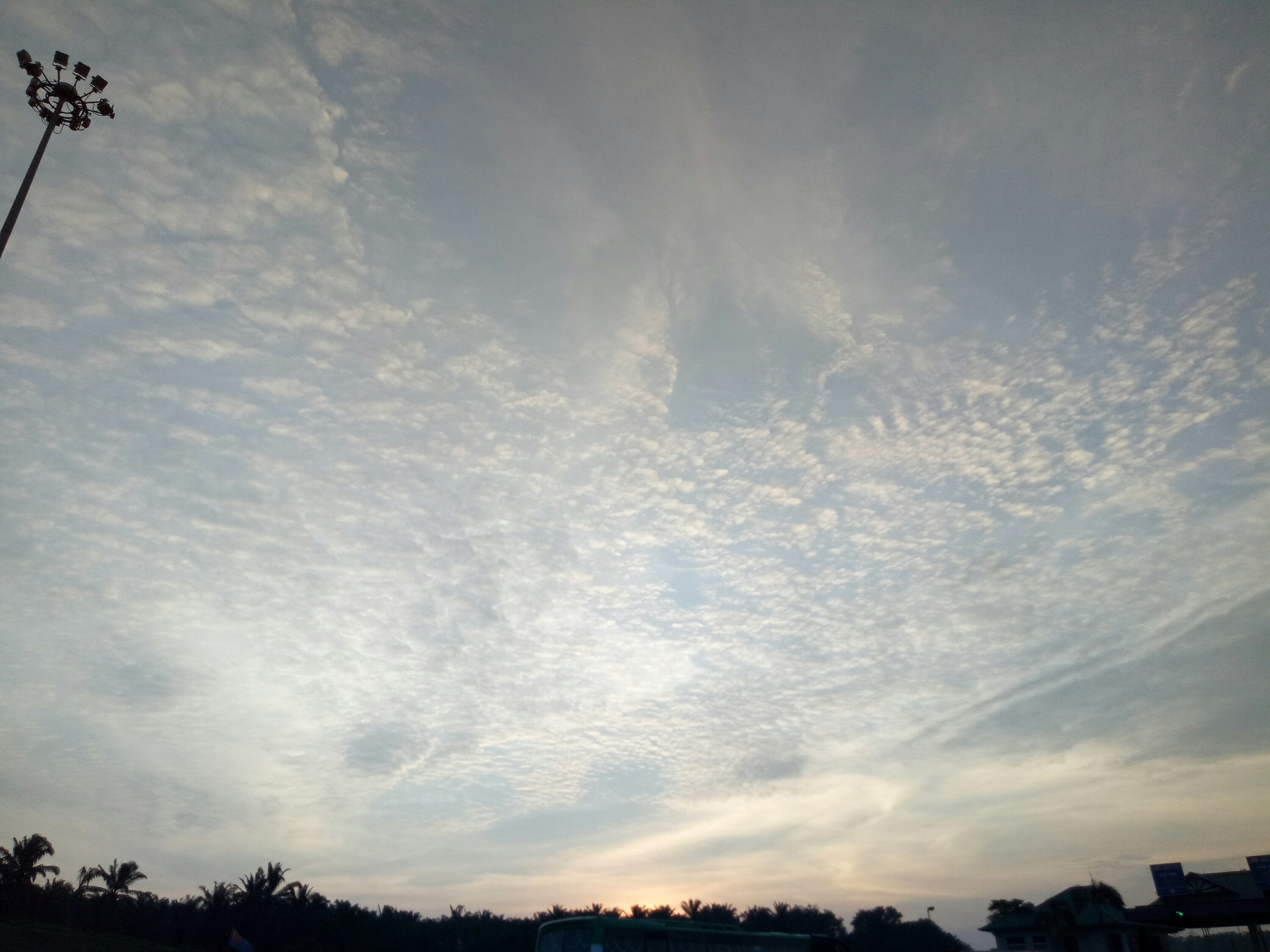 His reputation in the family has its own place in the history books, one that will be etched closely with another passing icon just a month before that – my mother-in-law. That’s right, my wife’s mother had just said her goodbyes the month before.

In the space of two short months, two very prominent individuals of the family had bid their farewell. My mother-in-law was as lovable as any granny would for their adoring grandchildren. She was also a pillar of strength for her growing children, nine in all, in those struggling pre- and post-Merdeka era of Malaysia. Whatever she could do as a woman, a wife, a mother or a friend, she did it to the best of her might. She imparted graceful cheer to her children, grandchildren and even great grandchildren when time could afford her to do so and when time permitted her to clap, to sing praises and to caress her loved ones when they were near. It would not be wrong to say too that most of us the son-in-laws, we never had any typical “mother-in-law” problem. The joy to see each other was both ways between her and the son-in-laws, I know because I’ve seen and experienced how we were treated every Chinese New Year. It’s something without under currents, without ulterior motives and if at all, just the angelic intention that she was happy to have us around and be part of the family. If that inclination is considered unfair, then that perhaps may be the only sin she committed. 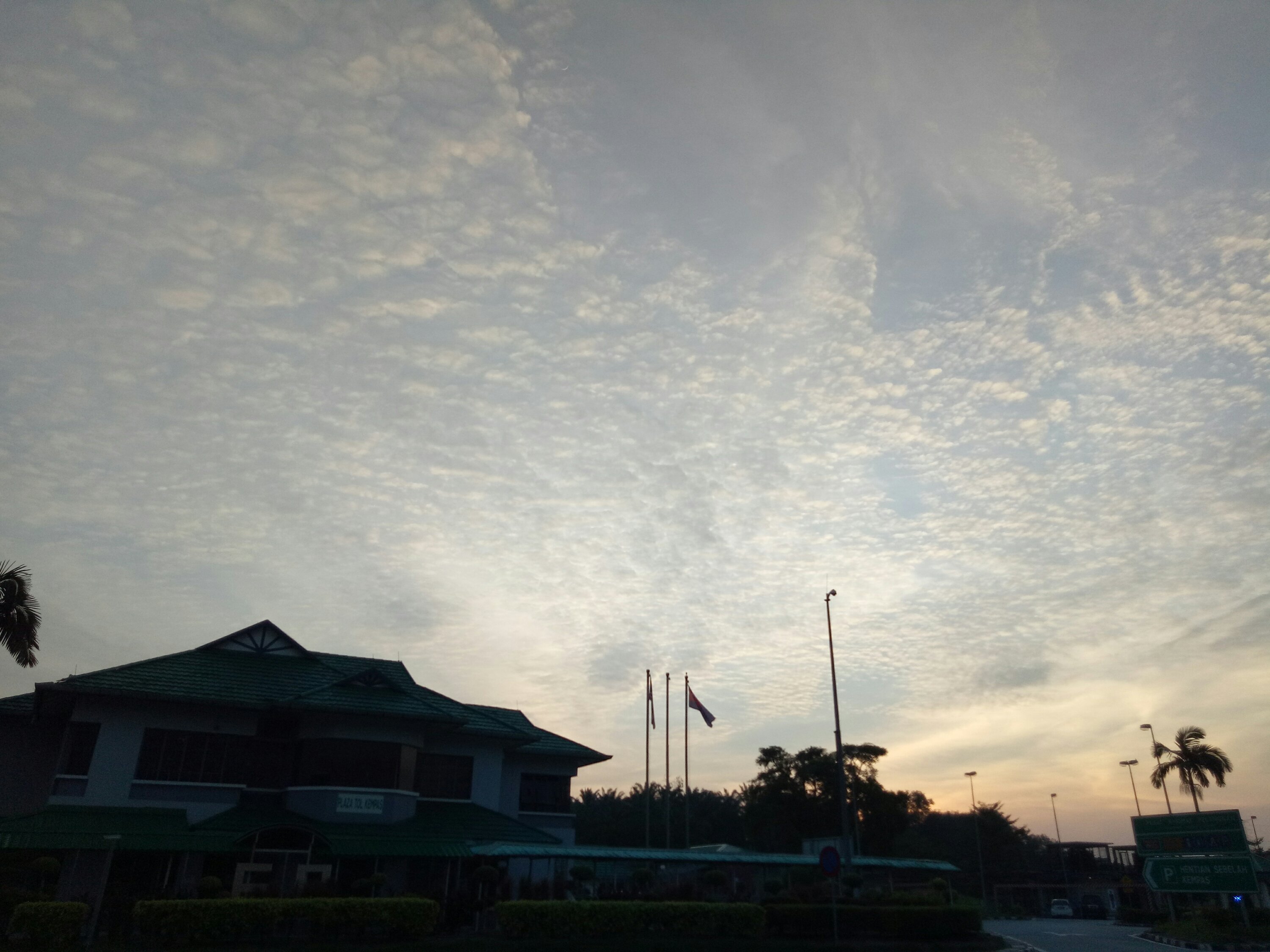 We’ve just passed the toll gate and we’re near to the borders of Johor Bahru, exiting a city my wife has come to live for most of her life. The passing of these two intricate members of the family is deafening even if you are in a vacuum room. You may not hear the pin drop in its divine silence because the void is too great, the expanse too large for the pin to reach its floor.

Time they say is a mighty healer. For us who are still living here, bidding adieu alone may not be sufficient to whom they have generated much smiles, peace and lasting memories of security, love and sentimental emotional attachments. While one is a man of honour, the other is no less worshiped upon as a woman of her time where her immaculate presence contributed to much fanfare of hearty conversations and relational experience among all her descendants, near and far.

They will be missed, much as the depth of the ocean and large as the extent of the sky; these stalwarts will be remembered.

Thank you for being the wonderful and selfless individuals that you’ve been. It’s been an honour!